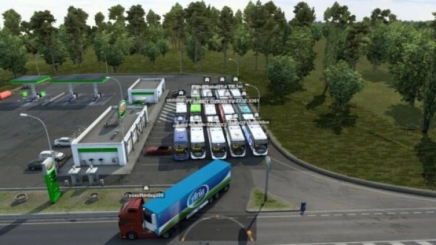 Pictures are courtesy of ETS2. Don’t get hung up on him. We couldn’t take a picture as there weren’t many ATS players.

ATS is a patch for the game that increases the number of 8 players to 125 players. It’s not a mod.
It is absolutely necessary for those who want to open a server for more than 8 people and those who want to enter the room.

Installation
Located in the zip file you downloaded into “SteamsteamappscommonEuro Truck Simulator 2” where the game is installed;

Copy and paste folders and files. In the incoming question, say “Change all” and press yes.

NOTE
When opening the server, try to open it without traffic.
Because after 8 people, traffic goes astray.