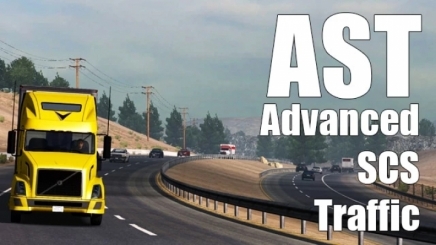 Advanced SCS Traffic or AST is a traffic mod that slightly increases density of default SCS traffic, without overflowing game world with a ton of cars like others traffic mods.

<< IF YOU HAVE MODS THAT AFFECTS SPAWN RULES (AI TRAIN MODS FOR EXAMPLE) GIVE THIS MOD A HIGH PRIORITY TO PREVENT CRASHES, OR TO SEE EFFECT OF THE MOD >>

Updated for 1.42 version of the game.
Compatible with map mods.