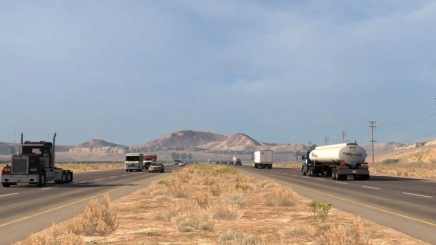 Advanced SCS Traffic or AST is a traffic mod that slightly increases density of default SCS traffic, without overflowing game world with a ton of cars like others traffic mods.

12 May:
– Updated for 1.44 version of the game by using latest definition files from SCS.
– Minor overall optimizations.
– Revisited country roads and small cities.