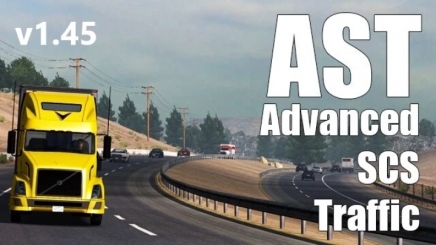 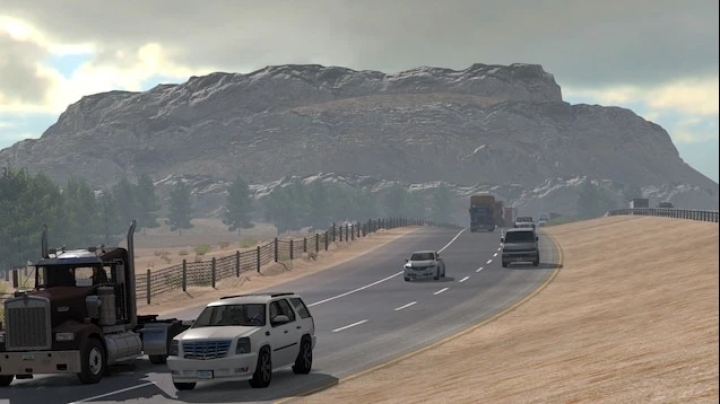 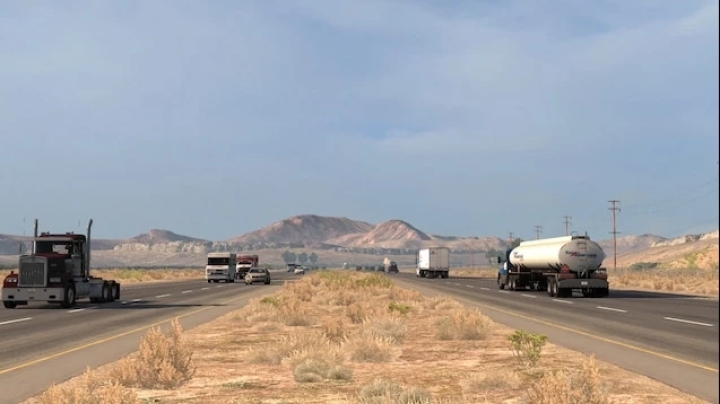 Advanced SCS Traffic or AST is a traffic mod that slightly increases density of default SCS traffic, without overflowing game world with a ton of cars like others traffic mods.
Neutral traffic behavior based on default SCS settings.
Morning and evening rush hours.
Less traffic in night times.
Amount of traffic increased to the safe point (AI cars don’t stuck at busy times or roundabouts due to high spawn density coefficient)

IF YOU HAVE MODS THAT AFFECTS SPAWN RULES (AI TRAIN MODS FOR EXAMPLE) GIVE THIS MOD A HIGH PRIORITY TO PREVENT CRASHES, OR TO SEE EFFECT OF THE MOD

Updated for 1.45 version of the game by using latest definition files from SCS.
Compatible with map mods.