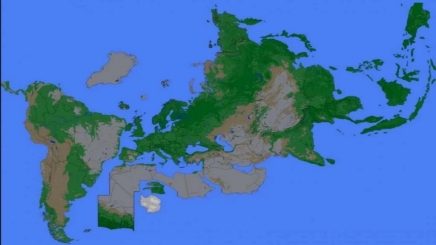 The map from Promodz and DOWL was taken as a basis, later Melphis changed the location of the continents to match the game world, not the real one.
Greenland has also been corrected, the borders of Yemen and Oman have been corrected, the island of Jan Mayen has been added, and the map of South America (EAA) has been added.
The brightness is also reduced so that the names of countries are visible on the cargo map.
At the moment, this is the only map that fully and correctly displays the map of Brazil (EAA MAPA)

Version 2.7:
border update for JR v 0.6A
updated borders and coastlines of France and Spain