Changes v9.0:
Compatible DLC Utah
Did a rework of all the high-traffic areas I added, now areas with extreme traffic are all confined to freeways while areas inside major cities have increased traffic compared to vanilla, but not to the point of gridlock after a minute like it used to be.

Fresno, CA-99 is done up to halfway to Fresno and vanilla signage has been replaced with the post-Arizona sign templates in the Los Angeles area and the reworked CA-99 area. Had to take some artistic liberties in some places due to how different the road network is in the game compared to real life. 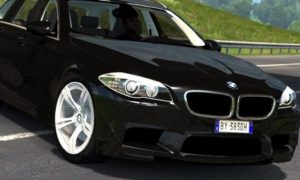