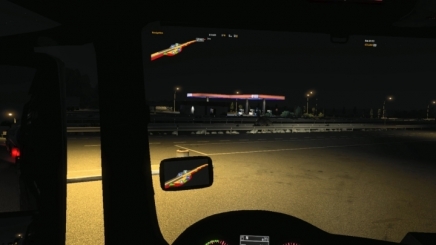 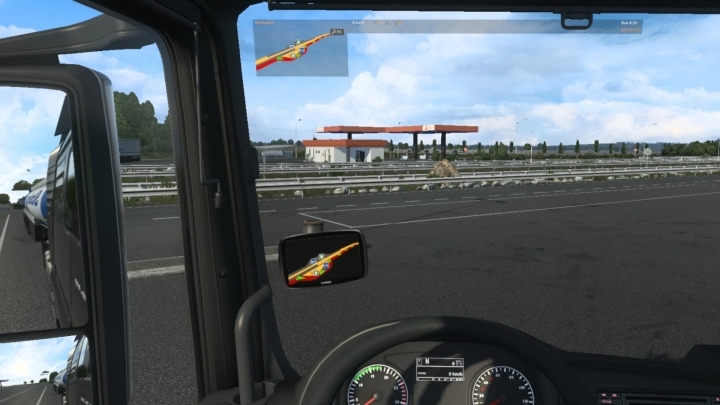 Rearranged layout of the route adviser elements for playing in VR.

The route adviser UI position can be moved in relation to your VR position by editing the relevant fields in the config.cfg file which is typically found in …documentsEuropean Truck Simulator 2. Note that this can be done without using a mod, and 1.46 has added additional position adjustments (x, y, pitch & yaw) which were not previously available, so if you only want to move the original route adviser then just change the relevant config.cfg field values below.

It is best to adjust these to suit your own preference but I will put my settings below for an example. I recommend using 0.1, or 0.05 increments for small adjustments to ‘x’ and ‘y’ fields, while using increments of 5 or 10 for the ‘fov’ and ‘dist’ fields. If you would like to change these values while in the game you will need to enable the developer console and make changes there.

For the route adviser while in-game (original values):

uset r_manual_stereo_ui_pitch_game “0” # pitch of the route adviser UI (in degrees)

uset r_manual_stereo_ui_yaw_game “0” # yaw of the route adviser UI (in degrees)

For the game menus (original values):