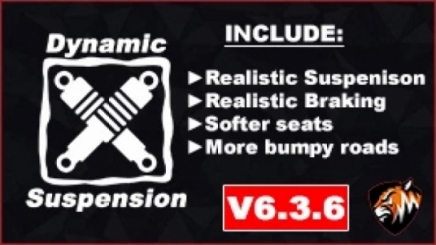 Connection order: This mod should be set at high priority / above other physics mod!

Mod compatibility: This mod should work with all default trucks and the modded ones!

Note: If those values isn’t proper for yourself, feel free to change them.
Note*: Write above setting in console (~) after load the profile.
Note**: Lower value means more realistic behavior but high risk of overturn