ETS2 Beyond the Baltic Sea DLC 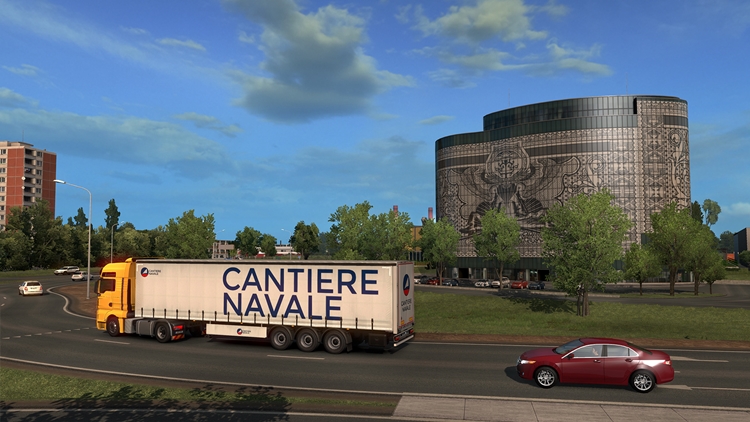 The new expansion, called Beyond the Baltic Sea, includes parts of Lithuania, Latvia and Estonia, as well as Southern Finland and Western Russia. In total, the game gains 24 additional major cities, including Saint Petersburg, and more than 13 thousand kilometers of road. We see and feel the characteristic Baltic and Soviet architecture everywhere. SCS Software has managed to convey the difference of the five countries included in the package.

They used a lot of 3D buildings, especially in urban settlements. You can see this in Latvia, Estonia and Lithuania. There are warehouses, various factories everywhere.

Although there are not many vehicles in the DLC, except for a tractor and two long trailers; There are many new places, towns, trains, trams, docks and industrial buildings that will catch your attention when looking out the window of your car.

With this package, the world of ETS 2 is getting bigger. When you think about the big picture, the package with a few countries like the Baltic is pleasing. ets2 mods