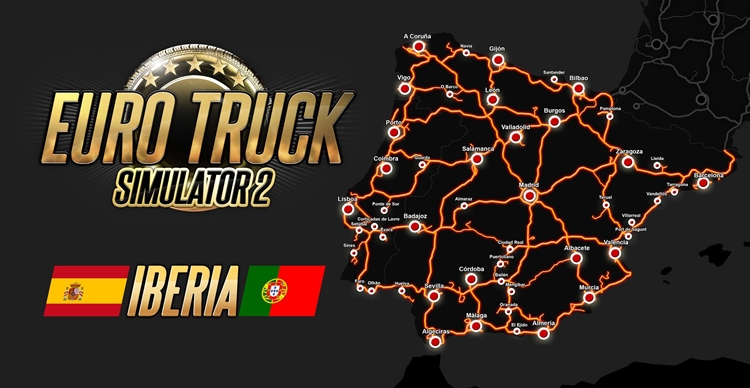 Euro Truck Simulator 2-Iberia is now available on market with an addition of Spain and Portugal map to game. It includes major new cities such as Porto, Madrid and Barcelona, the Tabernas Desert, and new experiences.

Euro Truck Simulator 2, which made Turkish players happy by adding Turkey’s Edirne, Tekirdağ and Istanbul cities with the Road to Black Sea DLC, is getting ready to meet the players in April 2021 with the Iberia DLC.

The creators have also said that the Iberia DLC would have a new lighting system that will cover the whole game. The lighting in the game will be enhanced owing to the new active light system, according to information collected through videos and change logs, and this development will affect not just the lights of the vehicles we use, but also all of the lighting in the game.

In this way, the producers, who aim to provide a more realistic experience, aim to implement the changes with the 1.40 version update. Just owning the game will be enough for the light update. In addition to the DLC, Portugal and Spain paint package will also meet with the players.

We can list big cities such as Barcelona, Bilbao, València, Villarreal, Zaragoza, Córdoba, Granada, León, Madrid, Málaga in the game. Although an exact date has not been announced yet, it is thought that the DLC will be available for play in mid-April. ets2 mods