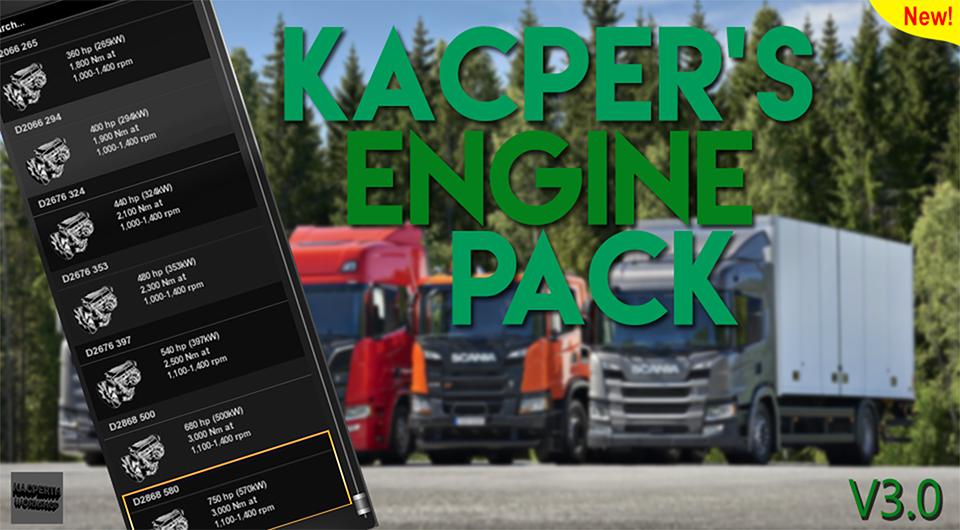 This is a big engine pack with over 60 different trucks supported, Most of the trucks are for Euro Truck but soon the addon will recieve more engine and more truck support for American Truck. It features high powered engines and lower powered engines which are a regular price and a regular unlock level. Sound is supported
too, Stock sound and Custom sound are included in this addon.