Replacing more than 120 skins and logos is not so hard but it takes some time, so I must admit there are still some trailer skins which are the same as the ones made by tamiel18, you will see them completely new (like 98%) or at least reworked (same type of skin but with better texture quality) in the next mod version 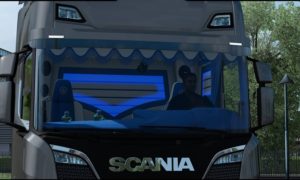