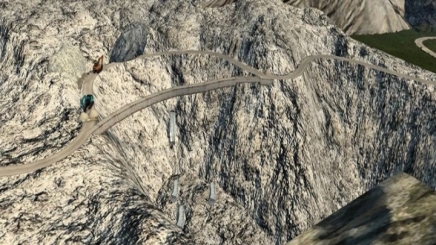 Extreme Road [Map MOD] is officially launched
After the author’s testing and modification, it is now playing normally!

Yard mods and billboard mods are provided by junjunli!
Special thanks to the author Junjunli!

Update March 24, 2022:
BUG repair: repair the city name BUG; repair some roads with gaps BUG.
Optimize some city backgrounds.
The cargo weight could not be updated this time.

It will be updated from time to time due to the current work situation.