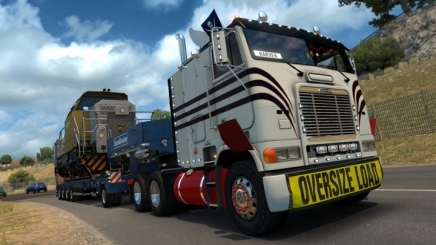 Freightliner FLB – is one of the most popular models of cabless tractors manufactured in the USA at a subsidiary of Daimler Trucks Group. The merit of such popularity is the participation of Freightliner FLB in a number of Hollywood films. This version of FLB is based on Solaris36 edit for ATS.