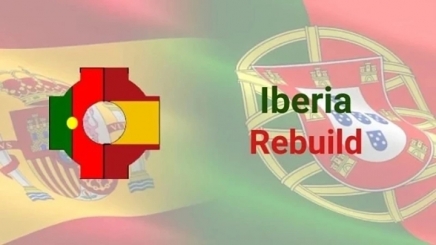 WHAT IS IBERIA REBUILD?
Iberia Rebuild is an addon for the Promods.
It improves the Iberian Peninsula by adding new roads, cities, more details and the most important – realism!

Changes in Spain:
– Addition of a new road around Madrid
– Addition new scenic town Arganda del Rey
– Remade signs for the A55, AP-9, and A-6 highways
– New service stations in the South of Spain
– New roads in Spain
– New city Toledo
– Roads N-403 and N-401
– New city – Guadalajara, with company. ( near Madrid).

Changes in Portugal:
– Reskin some areas and adds new stuff in Porto
– Reskin all signs on A20 (IC23/VCI)
– New roads, road signs, and new company in Porto.

MAIN INFORMATION:
1. For game version 1.45.x
2. Works in Convoy Mode
3. In order to use the Iberia Rebuild Map Mod, you need to have all map DLCs for ETS2, since it requires Promods installed. The addon must be above the Promods files.