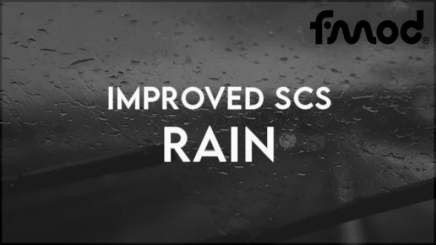 Thismod builds on the SCS raindrop textures, but has been improved to makethem look more realistic: the raindrop dimensions have been reducedslightly and the number of raindrops increased. credits to ‘Grimes’.