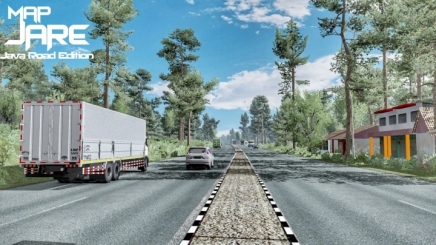 This JARE (Java Road Edition) map used to be on sale, but now there is a free version, only for Jare V3 Beta.
This map contains cities from Subang to Pati for the northern route, there are also middle routes such as Bumiayu and Salatiga.

Extract the Base and Map files and activate them in the mod manager in the order as shown below.
1.scs { position from bottom }
2.scs
3.scs
5.scs
map.scs

In order not to crash, you must use Full DLC