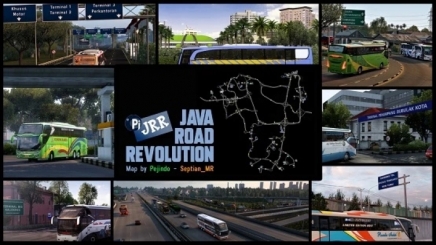 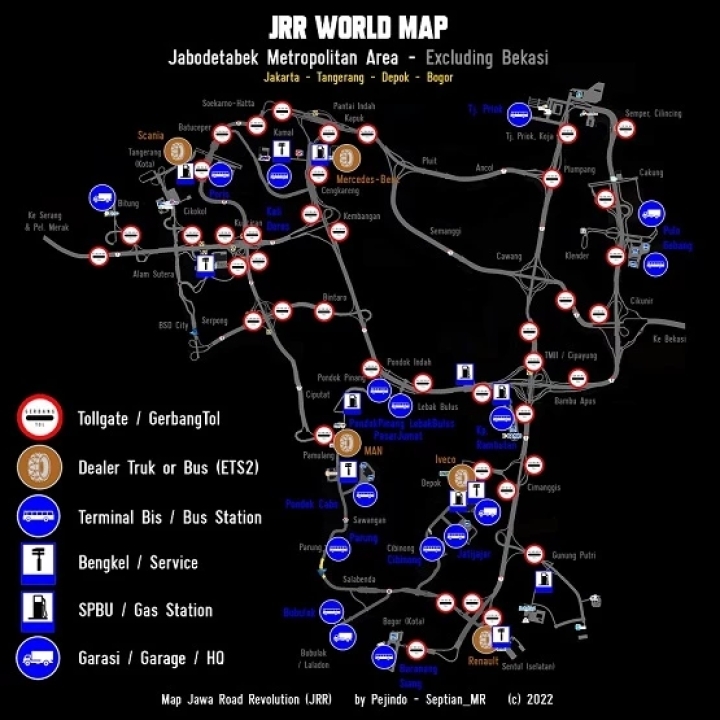 Indonesia (realistic) add-on map which currently has the biggest cityin the country, Metropolitan city of Jakarta and its sub-urban area.
Driving into every part of highways across the city, entering manyindustrial areas, and few rural roads where are leading to severalinteresting place. This map is possibly going to expand further alongJava Island in the future.

Notes :
– REQUIRED using additional “Background Map” to view from UI Map!
– Not required every map DLC’s (you can use this map with or without map DLC, even if you don’t have completed one).
– Compatible with so many add-on maps, especially for Europe & Global map combo
– Mod order :
Background Map
(all other mods)
(all other addon maps)
– JRR_Def&Map[…ETS2 version…].scs
– JRR_Assets&Models1.scs
– JRR_Assets&Models2.scs