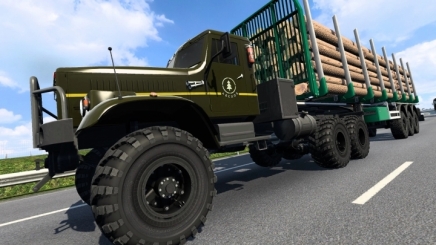 Autonomous, does not replace anything, a modification of KRAZ and IVECO is bought at dealers.

Fuel tanks by default now have from 850 to 1200 liters.
There is a new inventory in the interior and a bonus from STEAM.
Own wheels + added dirty ones.
Spiral cables with physics.
Own a new camera.
There is no advanced coupling with standard trailers.
Support for cameras for VR glasses – such as Oculus Rift, Oculus Quest 2.