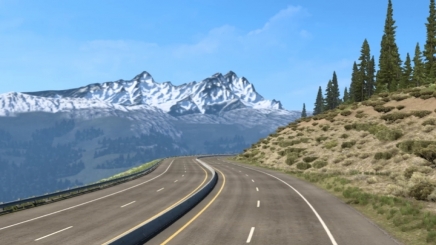 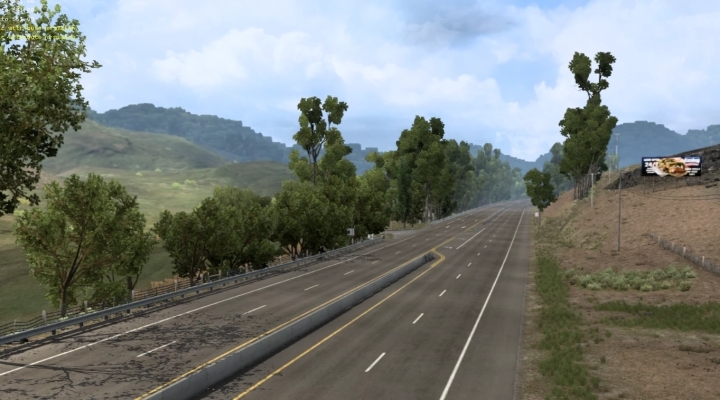 Esterlon Project (alternate mod by Reforma)
Introducing a new and exciting world to truck in or discover…  REFORMA’S EXPLORE ESTERLON! A standalone 1:1-1:3 map for American Truck Simulator based around the fictional island country of Esterlon. Developed by Eblem Torres and Raul Mtz  With over 4 years of mapping experience for American Truck Sim, we have been working on bringing many areas of Mexico and the southwest United States to life, while always being bounded by the game’s extremely limiting 1:20 scale. As we improved our mapping, our aspirations and ambitions grew, to the point where we felt we needed to begin a new project, no longer bounded by the game’s base map. We understand that in the beginning, the map area may not be that large. But we believe the exciting world we are creating will be worth living and exploring, while given enough time, the size of the map will also improve.

WHAT IS ESTERLON?
While technically an archipelago, the main island’s size is large enough to harbor an intense mix of bio and geodiversity. It’s an intensely mountainous country with 6 major regions:
1.    The starting Province, Zacattle. A semi-arid high grassland with elevations ranging from 1,200-2,500 meters, is home to its cultural world heritage city by the same name and the wide-open grazing lands surrounded by grassy hills. Take a cruise around the city, or drive the notorious route N-66 crossing the coastal mountains to the beach city of Ventura.
2.    The country’s capital in the southwest, Ambersyell. A metropolitan area of close to 7 million inhabitants split between a plateau next to the ocean and a low and warm valley to its east with sprawling beaches. The area is dominated by a large (probably) dormant volcano over 3,000 m tall.
3.    At the northwest is Esterlon’s second-largest city, Huntington, with a population of 3.5 million. The area is surrounded by lush boreal forests and to its northeast lie many breathtaking fjords.
4.    Esterlon is dominated by 3 major north-south mountain ranges. These mountain ranges create the perfect condition for a desert in its center. From its low-lying hot desert in the south to the high, cooler desert in the north.
5.    Esterlon’s south is dominated by its sub-tropical forests and world-famous beaches. While it isn’t home to any major-sized city, it does have a few cities close to or around the 1 million inhabitant mark.
6.    The eastern seaboard is Esterlon’s main agricultural powerhouse. It spans the majority of the country from north to south and while mostly flat to rolling hills, does have a few interesting areas to discover.