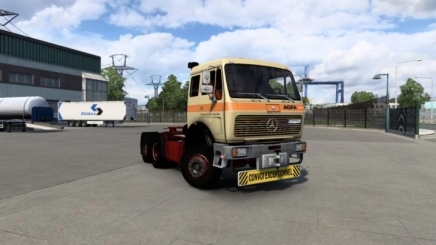 Known issues:
Parts for the truck in the desktop dealer don’t show at first, just select any upgrade and they will appear.
Slightly fuzzy shadows in game due to lowered truck chassis.
If you get floating windscreen wipers you just need to rebuy the main cabin. I’m not sure what’s affecting this.