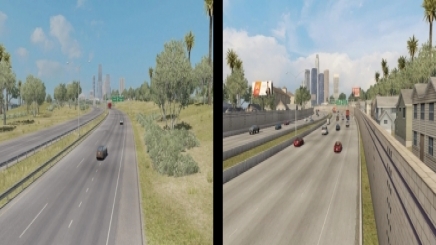 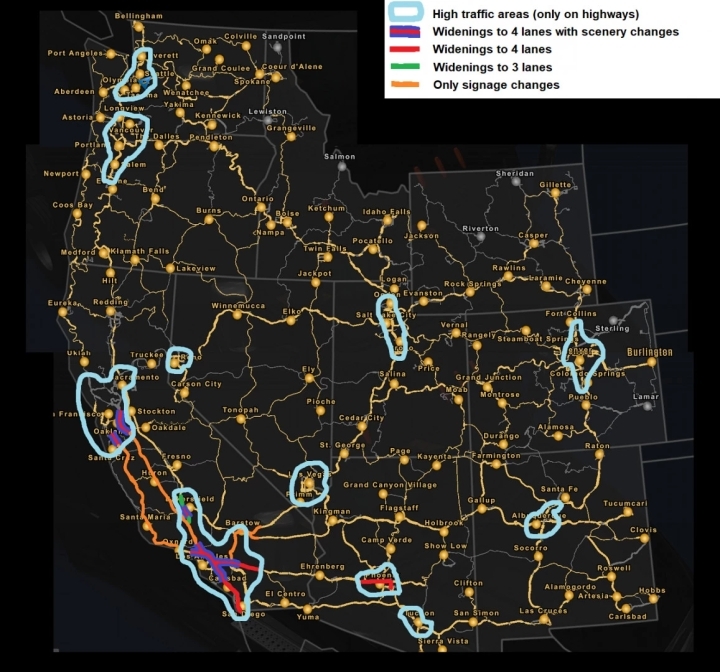 Changelog v15
Actual additions in this update rather than just fixes and official patch compatibility, they are:

•I-17 in Phoenix widened.
•I-80 in San Francisco (Bay Bridge) widened.
•Northbound I-5 south of Seattle widened near the weigh station.
•Assorted corrections.

Changelog v14.1
Removed some invisible walls on the inner lanes at the northern end of the 101 in San Fran

Changelog v14.0
Update for 1.44
Changes to the Bay Area have been brought back

Fresno,CA-99 is done up to halfway to Fresno and vanilla signage has beenreplaced with the post-Arizona sign templates in the Los Angeles areaand the reworked CA-99 area. Had to take some artistic liberties in someplaces due to how different the road network is in the game compared toreal life.