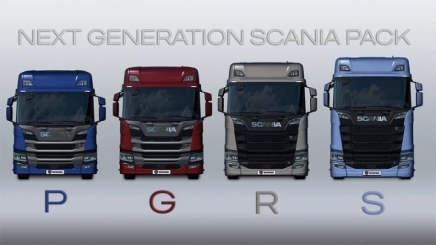 A couple of disclaimers:
– Not all of the announced features are included in this update: 40mm bumper, top exhausts, rigids are not ready.
– Mighty Griffin DLC support for P & G series will follow a bit later (needs more polishing