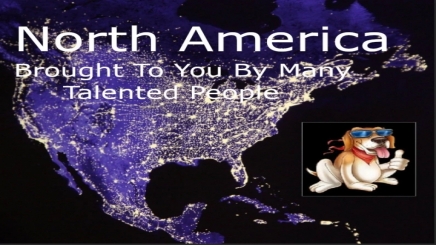 CanaDream, Coast 2 coast, Sierra Nevada, Midwest Exspansion,
Montana Expansion, Reforma, Big Island, Project Mid Atlantic, And Radiator Springs.
A combination of map mods that, to my knowledge, will not work together
at the same time. I have taken files from all your favorites
and sorted through them to find the combination that will
play. I have deleted all files that are incompatible.
This is the product of months of dissecting files and piecing them back together.
I am posting this for the benefit
of those who like maps and can,t  get them all to work together.
This is a huge Mod. Lower end PC’s may have trouble with it.
Since I can’t overwrite prior versions I have to post anew
so this version is a must to fix the Arizona bug.
I hope it works for you as well as it works for me.
Enjoy, K-DOG
Version 4 has road sign bug fixed. No more blank signs.
Steep hill at Rapid City S.D. on I90 repaired.
Arizona Crashing fixed. Blue roads removed.
Break in Hwy. 93 South of Jackpot Nv. fixed
There is a satellite background added.
A gps background added and a little yellow
truck on the map and gps in place of the blue triangle.
This mod makes prior versions obsolete.
Sorry I forgot to include Sierra Nevada
In version 4.