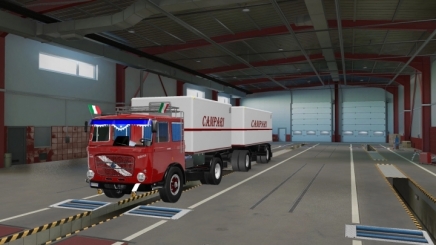 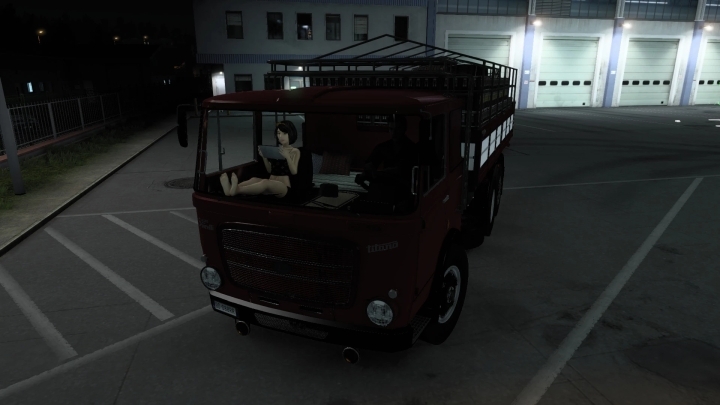 I present to you a glory of the Italian automaton: the Om Titano! The mechanical workshops of Brescia, then merged into the Fiat group, introduced this truck to replace the super Orion. The Titan had two different series during its production and was built from 1961 until 1968, being appreciated for its qualities and also for the comfort of the cabin, large for the time, and capable of hosting two beds. In addition, the structure of the cabin reduced vibrations and allowed greater silence, appreciated by drivers who spent a lot of time in the vehicle.

The mod that will allow the Titan to face the virtual roads of ETS 2 is very complete.

The truck includes: a cabin, five different frames including BDF ones, five different engines, three broadcasts, its customizable interiors, their sounds, abundant possibilities of developing, models to shake the vehicle. In addition to this, the mod is provided with its own set of specific trailers and semi -trailers. Both the truck and the trailers can be set up in a tarmaly, refrigerated, container and cistern version. It is also possible to have the version with platform with different loads available, including barrels, gas and oil cylinders and transport sacks. The trailers are also available in two and three axes versions. This allows a large vehicle customization.