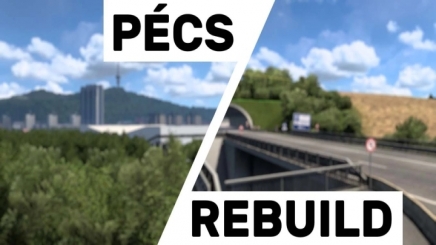 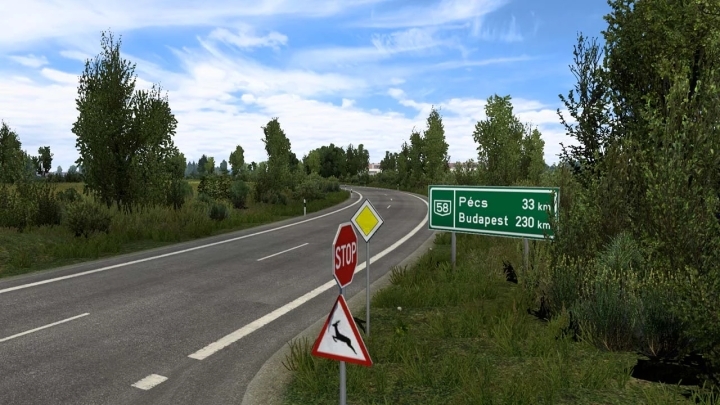 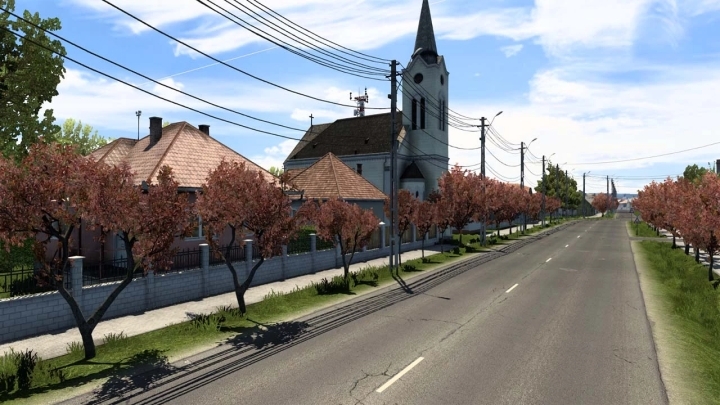 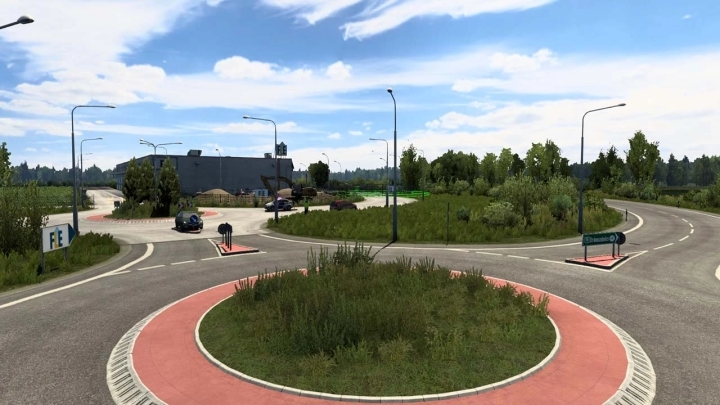 This map mod is rebuilding the old city of Hungary, Pécs.

Features:
Rebuild the junction M7x68
Reskin the Road 68 (E661)
New town – Mohács
New road 56 and 57 (E73)
Some improvement in Pécs
New intersections
New village: Darány
Reskin of the road 55
rebuild the tunnels. Now in-game the M6 has 4 tunnel instead of 3
rebuild the M6-55 junction
added the M6-57 junction and rebuild the M6-M60 junction

Some information about Pécs
Pécs is the fifth largest city of Hungary, located on the slopes of the Mecsek mountains in the south-west of the country, close to its border with Croatia. It is the administrative and economic centre of Baranya County.

This map mod required Promods
All DLC is needed