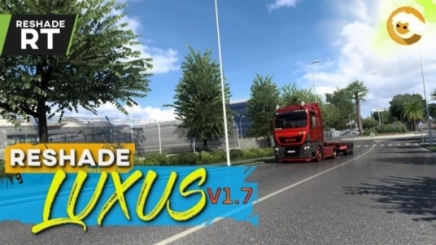 Built on the concept “less is more” JD6 LuxuS preset is the definitive way to enhance how ETS 2 looks. There are no silly unrealistic overblown AO effects or weird reflections/artifacting as most amateurs produce. Various carefully adjusted presets are included to match your PC’s level of performance. The lowest recommended GPU is an Nvidia GTX 1050 Ti 4GB or its AMD equivalent but you can try it with even lower end video cards.

Version 1.6:
Tweaks to the RTGI shader
Further adjustments across all 4 included presets