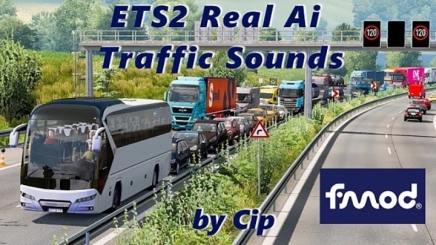 This mod includes FMOD personalized sounds for all cars, SUVs, trucks and buses of ETS2 cars.

AI trucks received an increased appearance coefficient (this will not affect either density or the ratio with cars, but useful if you use truck packs)

Installation: copy the downloaded file to the mod folder and connect to the mod manager.