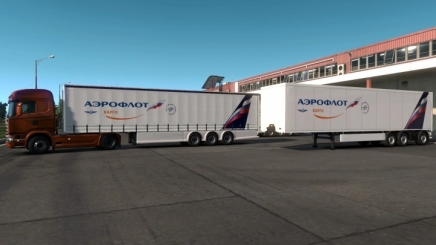 15 Okt
Mod is formally updated to v1.41.x. Nothing changed for companies in the new version so it supports v1.38+.
ACI SRL (Base / Italia) is changed from Alitalia Cargo to Italia Trasporto Aereo. Alitalia is in process of liquidation, and ITA is successor since 15.10.2021. Small in game UI is new, but the trailer is still Alitalia one as ITA inherited it.