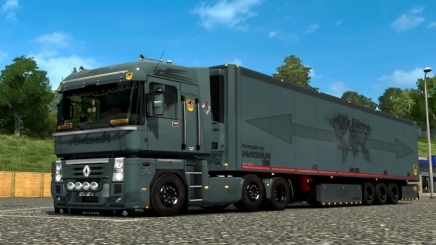 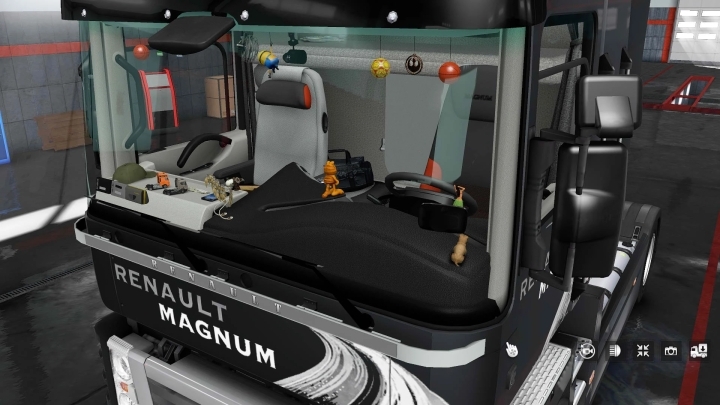 Adaptation to version 1.45
Added backlight to dashboard, navigators, phones
Added improved versions of the cellphone and cellphone with GPS, on the dashboard and on the windshield
Added extended version of the slots on the dashboard (more slots across the cabin)
Added an extended sunshield with slots
Added slot for accessories at the bottom of the windshield
Added tray for license plates
Shutters now in two versions – opened and closed
Updated Magnums in companies and in truck dealer
Added windows animation