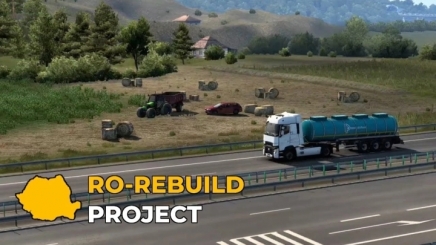 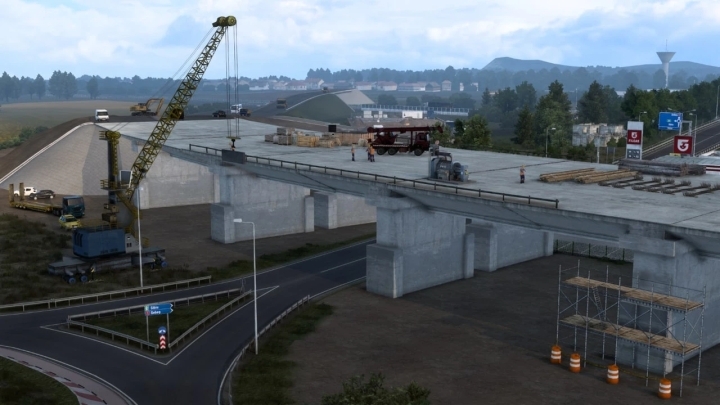 The mod is a redesigned Romania.

Added 6 new cities: Sebesh, Sibiu, Shelimber, Fagerash, Sherkaya, Kodlya
Two newly opened motorway junctions: the A10 motorway junction in Sebes and the A1 Sibiu-Boita junction in Shelimbar
Two viewing platforms in Sebes and Sibiu
Many recognizable sights, such as: the Sacel Viaduct, Sibiu International Airport, Sibiu city center, Veștem DN1-DN7 road stop and important motorway junctions
Lots of custom signs
Added Port 10 Port near Constanta
The A4 highway has been extended by another roundabout, which is connected to Port 10 Port and a short off-road route to Constanta
Connected A2 (Constanta-Bucharest) to A1 (Bucharest-Pitesti) by a suspension road passing through the center of Bucharest to make the Constanta-Pitesti route faster
Partial addition of Klondiru village
Improved vegetation near roads
Timisoara-Reshitsa expressway added
The capital Bucharest has been expanded with new buildings and streets
Improved exit A2-Bucharest
Added an express route connecting Constanta with the city of Ovidiu
Improved customs Nadlats and Bortz
Added details (parked cars, signs, etc.)

Version 2.2:
The end of the A10 motorway Sebes
Fixed some errors
Map size reduced to 3 files
Removed unnecessary assets that could lead to failures when used with other maps, including fixed the failure of the ProMods Naantali ferry