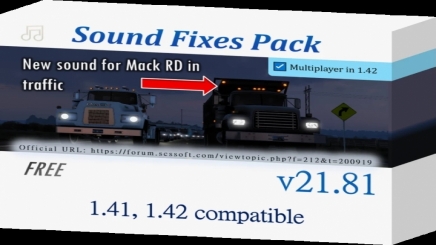 ATS edition
A detailed set of sounds added to the Mack RD in AI traffic.
It uses engine/exhaust sound samples courtesy of Kriechbaum and Trayscapes, as featured in Kriechbaum’s Mack E6 sound mod.