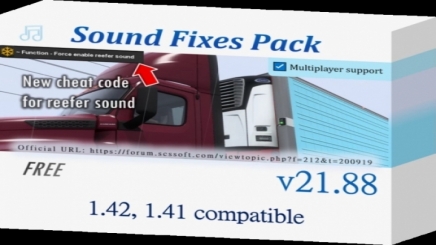 See change notes for instructions to get the reefer sound working on owned trailers when driving.