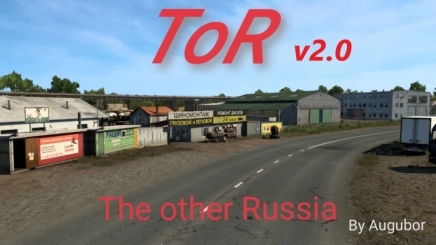 This map adds new road from Pskov to Luga which was taken from HoR map dlc. Compatible with Promods. Only Beyond the Baltic sea dlc is required.
We made this map to give you a possibility to feel a spirit of Russia and take a look at newest delayed ets2 dlc “Heart of Russia” roads and cities. This mod adds a new road From Pskov to Luga, so you don’t have to drive around or drive to a dead ending road to take a look at areas, we took from HoR dlc for you to drive in!