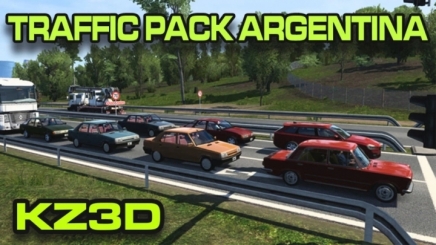 MOD of traffic (by jazzycat) adapted to the traffic of cars, trucks and trailers in Argentina. What was done was to adapt the vehicles (only some were edited from the Jazzycat classics pack, the others were edited from SCS Software.)

In future updates new things will be added.