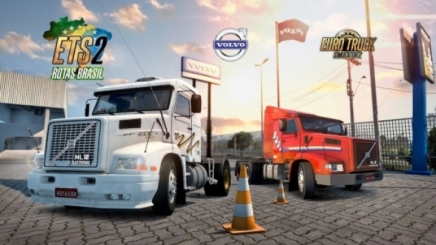 Volvo EDC NL10 + NL12 – This modification adds 2 version of the truck for ETS2 players. Trucks Volvo NL10 and NL12 began to be produced in the early eighties, and in some countries are produced to our times. Initially, heavy trucks with a bonneted cab layout were manufactured as a special army vehicle, but almost immediately in some countries, it appeared as a commercial truck.