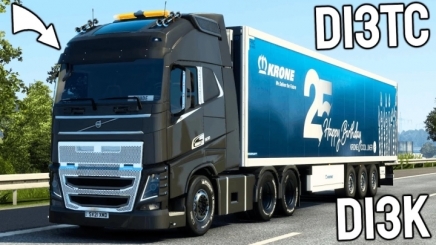 v4.0
Added D13TC engine sound.
Improved the D13K and made it working in multiplayer.

Volvo D13TC engine sound is finished. So i’ve made a pack that includes both D13TC and D13K engine sounds.
These sounds mods are based on my own recordings.
Recorded each range of 100rpm’s precision in .wav stereo format 24 bits 96khz.
This sound mod works with the SCS and Eugene’s Volvo.