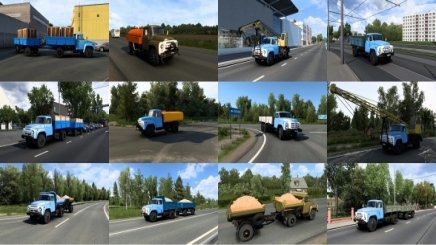 Mod adds to traffic different ZIL trucks with trailer GKB 817
Compatible with other traffic mods.
Works on any maps.
For game version 1.44.x