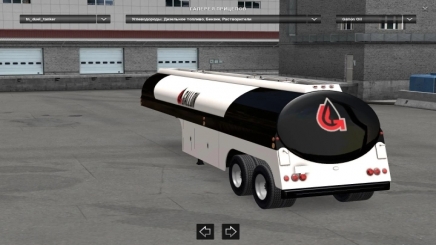 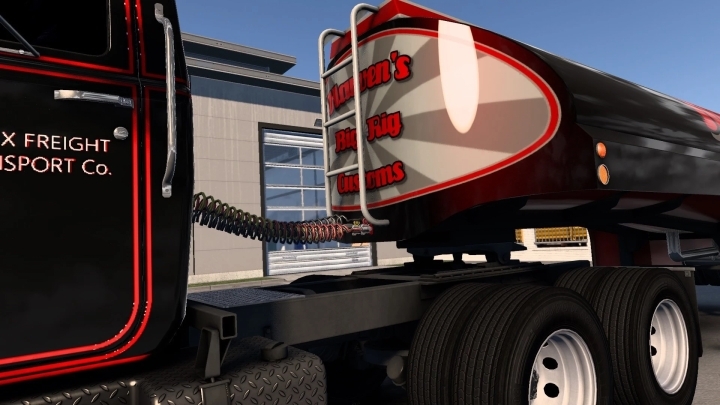 This ownable tanker is based on the trailer you can see in “Duel” movie by Steven Spielberg. It’s available in four variants: “Duel”, “Chems”, “Gallon” and plain. You can choose the variant when picking up a job. You will also see this trailer in AI traffic. Available cargos are: aromatics, diesel, petrol and solvents. The model is made from scratch by me. In the movie there are actually two tankers: first one was destroyed in the final scene during the original filming. Later Spielberg made additional scenes for full-length theatrical version. If you look closely you will see the differences between those two trailers.

Authors: Harven, Cooperation: AJIEHA, The author of the conversion: Master_Yoda