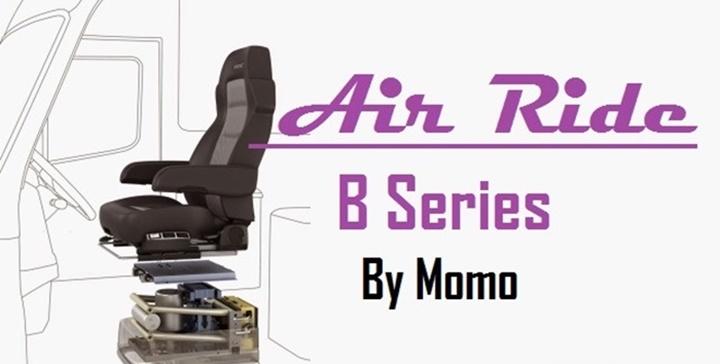 This “B series” is a sequel of its sister “A series” published before.
They are not the same. This B series acts differently from the A series. They both are good so it’s up to the player’s personal preference. Choose to play with only one of them at a time, do not use both at the same time.

For more information on this mod please refer to the page below:

USE INSTRUCTIONS (Mandatory)
– Enable the camera physics in the game option and slide its bar to maximum.
– This mod must be higher than any physics mod and/or truck mods. The reason for this is because this mod uses the same file as most physics/truck mods use. So you must tell the game which mod it’s supposed to follow for that. By giving this mod higher, you are telling the game to follow this mod in that case. Very important. This mod only changes the seat, nothing else, so you will still retain your favorite physics mod’s effects.
– How do you know if it is working ? When you first enter your truck (cabin view), the camera moves up & down softly for about 5 seconds.