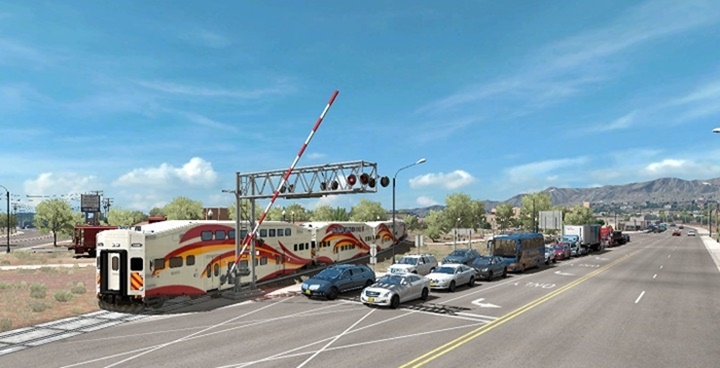 I don’t say that this mod very perfect, but better than nothing. 😆
Not all, what I want, working good, some problem exist.
At now, it is not version like for 1.28, but not so bad.

More traffic on highways and freeways, less on local roads.
MUST be dense in cities, but working not every time (SCS algorithm problem).
Added SCS harvester to local roads, but it can go to cities too (can’t fix that problem now) work time from 5 to 21.
Added highway patrol cars with beacons lights ON, must be rare 😆
Added ambulance and firetruck with beacons on in cities and near (must be rare)
Reduced police cars frequency.
Bit increased cargo train lengtht, but yse can use “long train” mod with this together with higher priority.
Passenger train lenght not fixed.

All added models is SCS models, fixed without Blender.

That’s all if I not forget something else. 😆