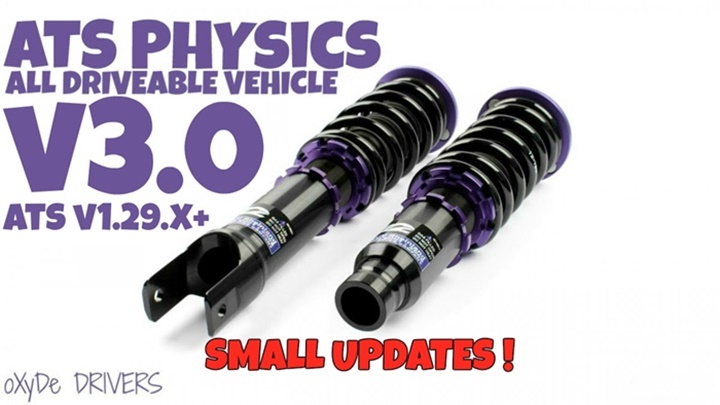 Hi guys, This physics change the transmission feel and suspension.

V2.9: Every thing was redone from A to Z. Updated version of the physics folders.

Suspension was redone on SCS trucks, Transmission, Tires slip are less then the 2.8, Everything has bean touch. Latest SCS physics update.

Everything is done and tested with SCS 389.

The goal is that I want to make the “worst” physics to a “real feel” physics, I never drive a real truck in real life, but I can make it from Youtube Video.

Recommended to use with a steering wheel and clutch pedal, but you can use this mod with other controlers !

I can update the mod for you if you want !