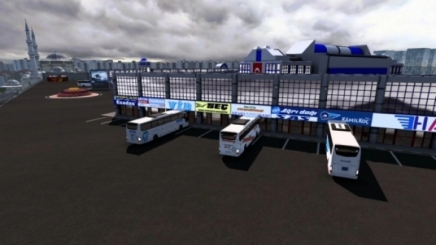 We would like to share with you again the set of bus terminals in the Marmara region Turkey ETS2 Base Map, which we brought together with you, our valuable players, in Ets2 1.39 version, today in 1.42 version.