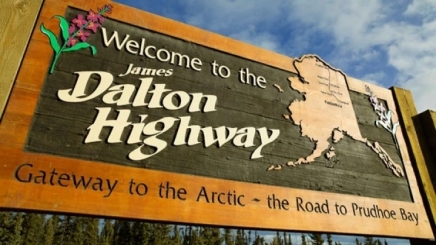 This hotfix addresses an issue where people could fall through the map
when overtaking via the terrain or going off road.

A tool I had forgotten about and the issue in question was pointed out to me by
Indy 5 Hauler on the SCS Forums.
So special thanks to him for reminding me of the tool and pointing out the issue and what was causing it.
Its pretty easy to forget about these things.

In a nutshell this map being as old as it is certain sections of roads had “Superfine” ticked as well as an obsolete function called “Stretch Terrain” for painting.
Superfine is a really old function within the editor for old roads. With “Collisions” turned on in “View” in the Editor there were some sections of road covering the entire
map from Fairbanks all the way to Prudhow Bay that had the Superfine option ticked and it interfered with Collission on the terrain.
There were two options

1. I could leave Superfine ticked and then have to shorten sections of the road
2. I could just untick Superfine and the obsolete Stretch Terrain.

Given the workload option 1 would involve I chose option 2.
I also increased draw distance to maximum where it showed a difference for prefabs, Roads and Bezier Patches.
This will be the last update until the New Year due to real life work.
Please replace the Dalton_Elliot_Hwy_Summer_Map_1.46.scs with this new one.