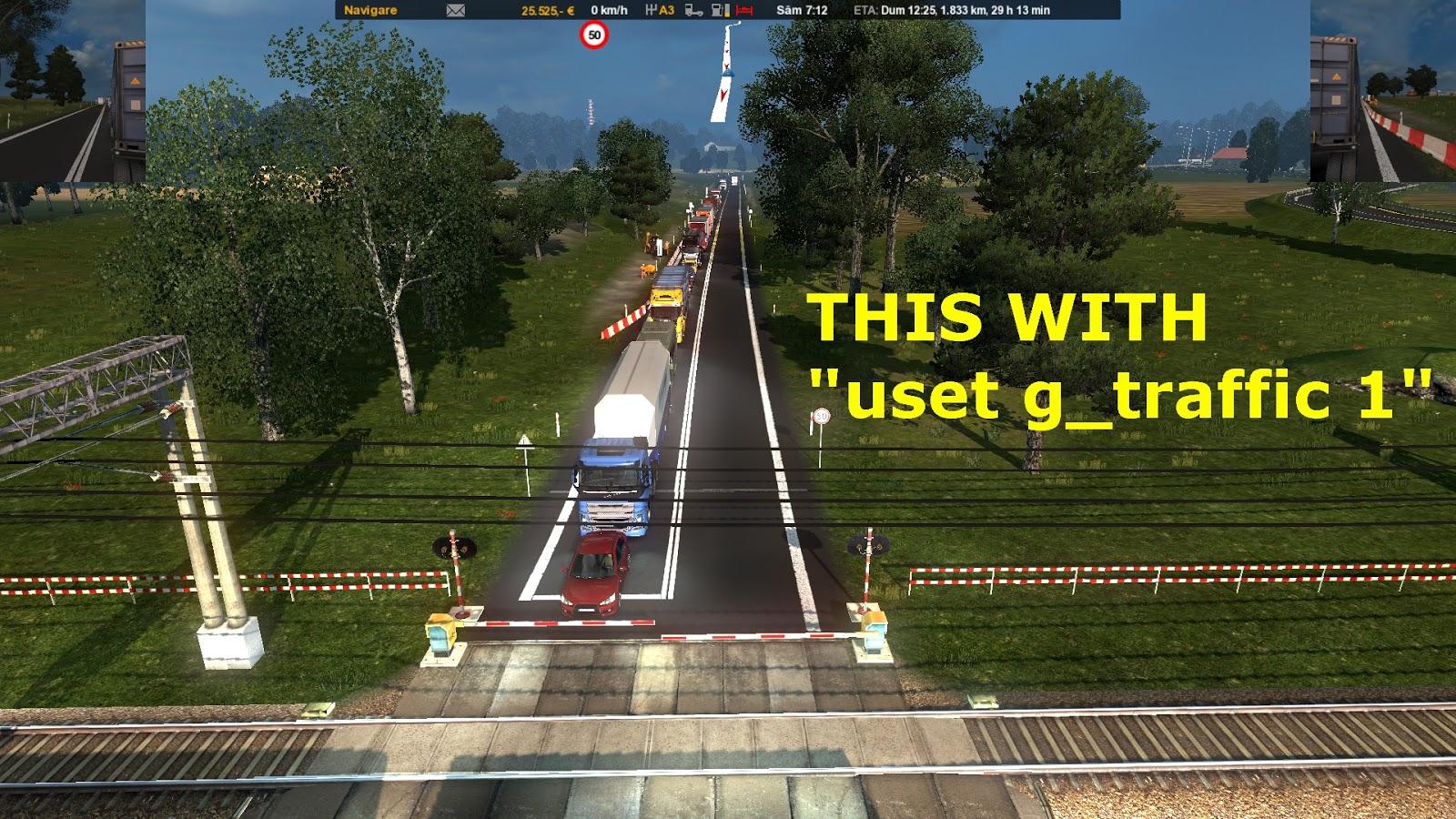 I divided the day in parts with different car density. Rush Hour between 7-9 and 16-18, normal density the rest of the day, reduced traffic between 22-0 and night traffic with bigger density for trucks. I increased the number of alowed car to be spawned because if the number it’s to small your
trick with  uset g_traffic “10” wont produce some massive effect. If the spawn limit it’s 1 for a specific vehicle, by applying uset g_traffic “10” you got 10. Big, but not so big number after all.