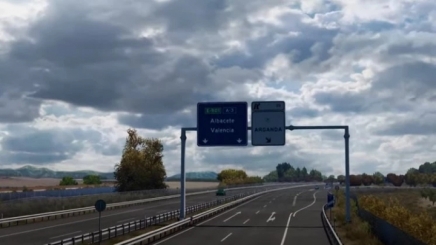 Version 1.0:
Works in Convoy Mode;
Compatibility with version 1.43 of the game;
Service Stations in the South of Spain;
New roads in Spain;
City of Toledo;
N-403 and N-401;
New company in Madrid.

An addon for the Promods map
Improve the Iberian Peninsula by adding new roads, cities and more!

Changes in Spain:
– added a new road around Madrid and a new picturesque town Arganda del Rey
– – redesigned signs for the A55, AP-9 and A-6 highways

Changes in Portugal:
– the city of Porto has been redesigned (with the addition of new roads)
– signs for the A20 and A 28 highways have been redesigned

The addon must be above the Promods files.