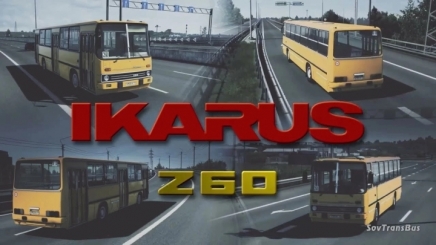 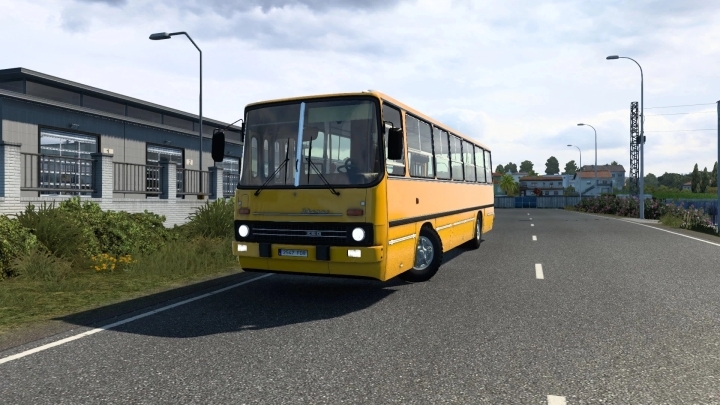 Ikarus 260 is a bus of the Hungarian company Ikarus, produced in1972-2002 for urban and suburban routes. The development of the firstprototypes began along with the Ikarus 250 in 1967. In 1972, theconveyor (mass) production of buses of the 200th series began. Over 30years of production, more than 30 modifications of ikarus 260 have beenmade, created for different countries. Buses mainly differed in bodycolor and interior layout. The bus body had a frameless truss, weldedfrom tubular profiles, mostly with a closed cross section, which made itpossible to assemble bodies of different lengths using the sametechnology and vary the number of doors for passengers and seats in thecabin, while completely unifying the main units.

The first buses that came off the assembly line in 1972 were equippedwith a Raba D2156 engine with a capacity of 192 horsepower; automatictransmission or mechanical (depending on customer requirements). Therear drive axle had a short gear ratio to ensure good traction for afull bus with a curb weight of 9t and a loaded weight of 16-17t. Firstof all, the bus was developed as a city bus, but later suburbanmodifications were made. The capacity of the bus is up to 100+ people,of which 22 are seated.

The main characteristics of the bus:
Own dealer – SovTransBus!
Your sounds;
6 options for rear gearboxes;
Various transmission options;
A set of engines of various capacities;
Real and custom painting;
Interior options;
Has its own little tuning.