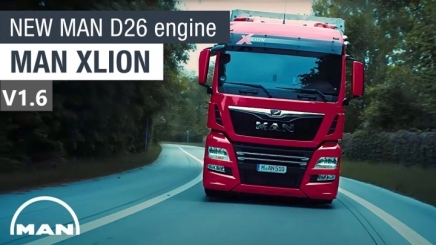 Features:
– extremely detailed engine sound recorded every 100 rpms in 4 channel
– each interior switch, stick, and warning tone recorded from the real truck and implemented into the game
– many brand-new features have been implemented that aren’t part of the base mechanics due to a lot of programming and testing
– many details such as relais sounds in the interior, key sounds for starting/stopping the engine, button sounds for raising/lowering the lift-axle, warning beep when going into reverse and much more
– custom sound attenuation config for the truck cabin to have a very realistic sound insulation in the interior (since ETS2 1.45 only!)
– every sound placed to the correct 3D-position (interior + exterior)
– ZF Traxon gearbox + retarder sounds