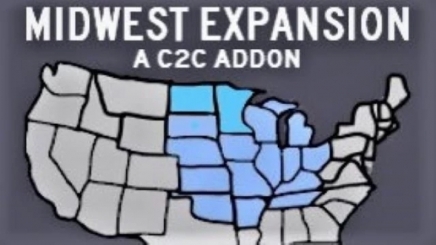 v0.171 2022-11-14
This update makes the map 1.46 compatible. Also Champaign IL, Danville IL, and Bloomington IL have received an update. Multiple roads now have fields and less trees instead of forests. Also US 45 was added from Paducah KY to Effingham IL. The first phase of the I-94 project is now complete and adds Battle Creek MI, Marshall MI, a reworked Ann Arbor MI, and Jackson MI. Also some map shields have been updated and a bug in Detroit was fixed. Also a few sign updates have been done on I-155 in Illinois, Missouri, and Tennessee. This map will technically load with Texas however it will have broken connections to Texas.