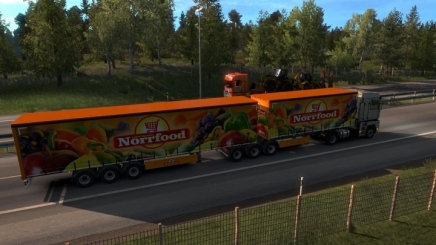 Changelog:
New version numbering(!)
Generally updated for ETS2 v1.42.
New dolly for HCTs. This one doesn’t have the floating number plate above the front of the rear trailer. I can’t remember where I found it but if the original author recognises it please let me know so I can credit them/replace it.
Jazzycat double mod now has HCTs. Also the number of trailer def files has been reduced to five doubles and five HCTs, each with a bunch of variants. This should stop the Jazzycat trailers from swamping the SCS ones.
Krone double trailers addon.